Selling Your Home - How Important are Timing and Pricing?

Can the time of year play a difference when selling your home? How about setting the best 'listing price'? Get the answer in these two stories.

For your Apple Devices, click here to install our iOS App.

What kind of an effect can the proper pricing and timing have when selling your home in Winnipeg? Coming up next.

So if you're thinking of selling your house or condo in Winnipeg, timing the market is important and pricing correctly for wherever that time of year is. Not every market is the same. Spring market is different than the summer and the winter and the fall is different again.

I've got two real life examples of what a difference pricing and marketing time can make. And the first one kind of talks about the difference of pricing. Recently, I had occasion to do research in an area in St. Boniface where two homes were sold on the same street. They were basically identical homes built probably by the same builder. Certainly the same size, the same style, built the same year. But inside they were quite a bit different.

The first home we look at was listed at the end of August. Generally, the market in Winnipeg starts to slow down in August, especially towards the end end and in September. People have bought their houses. They're now concerned about moving in, getting their kids in school and stuff like that. So at the end of August is generally not a great time to list the house. This one in particular had been updated extensively. New bathrooms, new kitchen windows, flooring, electrical, was extensively renovated, looked really, really gorgeous.

And they priced it at $285,000, which is probably fair for that market and that house. It took 40 days to sell and they eventually sold it for 275. So 10,000 under and it took six weeks to sell. Now look at another house. Same street. It was listed at the beginning of June. And that is still traditionally part of the spring market. Things are still active. People are still looking very much looking, especially the beginning of June.

Same kind of house, same size, layout, number of bedrooms, number of bathrooms on the same street. But that's where the similarities end. It had an old kitchen, old bathroom. Couple of the windows were updated, but not much else. So they priced us at $249,900. Now remember, it's still spring market, $249K. They got multiple offers and it sold for $273,000, just two grand below the one that was completely updated and finished.

So that's the benefit of listing at the right time of year when there's still multiple bids, multiple offers happening. It doesn't seem fair, but that's just the way. Just the way it is. If you can avoid listing at the end of August, do so. Hold off for a little while. Market generally does pick up again at the end of September, beginning of October. But if you don't have a choice, you don't have a choice.

You have to just kind of make the best of it. But spring market is definitely the best time to list. And my next story is going to be an even wilder example. Unbelievable. So stay tuned.

This next example. I was actually intimately involved with both of them. I saw both houses inside and out. These homes are located in River Heights. And just like the previous example, they're on the same block, same street, same side of the street. So they're facing the same way, the same sun exposure. Probably built by the same builder. Definitely the same style, size, and layout. They were both bungalows. A lot of similarities. The first one went up for sale in October one year, and I had a buyer who wanted to see it.

This house had originally been listed at $270,000 dollars and it was extensively updated. New windows, new roof. It had a double car garage. Not like the second one in the example. It had a double car garage. Nice hardwood flooring. A brand new kitchen. New bathrooms. A really nicely done basement listed at 270. It took two months to sell and eventually sold for 250.

Fast forward just three months later. Same side of the street. Homeowner called me to list their house. Now, I got into this one and it was the same style and size, but it was completely different inside. The walls with the original plaster and painted and what I would call like a mint green. And the plaster was severely cracked everywhere. Original Windows, original kitchen. There were hardwood floors, but they were covered by shag carpeting. This house only had a single car garage.

And worst of all, it had a noticeable tilt, a noticeable lean to one side. I had a contractor come in just to take a look at it because he thought he might wanna flip it. And his laser level showed that one side was almost a foot lower than the other. It was so noticeable that when you're standing outside, you can see the house leaning towards one side, but it was the spring market. So we listed it at 219,900.

We had an open house and I had to stop the traffic from coming in. The house was full and there was people lined up on the sidewalk. Again, spring market in Winnipeg, even though it was beginning of February. It was a nice sunny day, was relatively mild and they were coming out. So in the end, we ended up with five offers and the house sold $255,000. It sold for 5000 dollars more than the fixed up one down the street sold just two months earlier.

That's the power of the spring market. That's the power of bidding wars. I'm not going to say I did such a fantastic job in marketing this. It was just, it's a timing thing. And it's sometimes a bit of a luck thing and it doesn't seem fair. It doesn't seem right that that first house was head and shoulders above this one, but we sold for five thousand dollars more. And that's what spring market and proper timing can do.

So I've always been telling people if they ask me, when's the best time to sell? The best time to sell is right at the very beginning of the spring market. In that second example, that was February. Right now, in 2020, that is right now in May because the spring market has been delayed. But I'm seeing the activity that we saw a few years ago in the early spring. I'm seeing that right now, the houses that the listings are getting a ton of showings and multiple offers.

So if you have a choice, sell or list your house at the beginning of a spring market, whenever that is. If you have to sell at other times a year, there's nothing wrong with that. You just have to adjust your pricing strategy to meet whatever that market happens to be at that time. So if you're thinking of selling your house or condo in Winnipeg at any time of year, give me a call. It's Bo Kauffmann Remax Performance Realty (204) 333-2202

I will develop a marketing strategy that meets the current market demands. And hey, if you're still with me at this point. Why not grab my free podcasting app available for iOS and Android device? It's super easy. Just go to Winnipeg.tips/apple or /android. That way you'll never miss another episode about Winnipeg real estate or both. 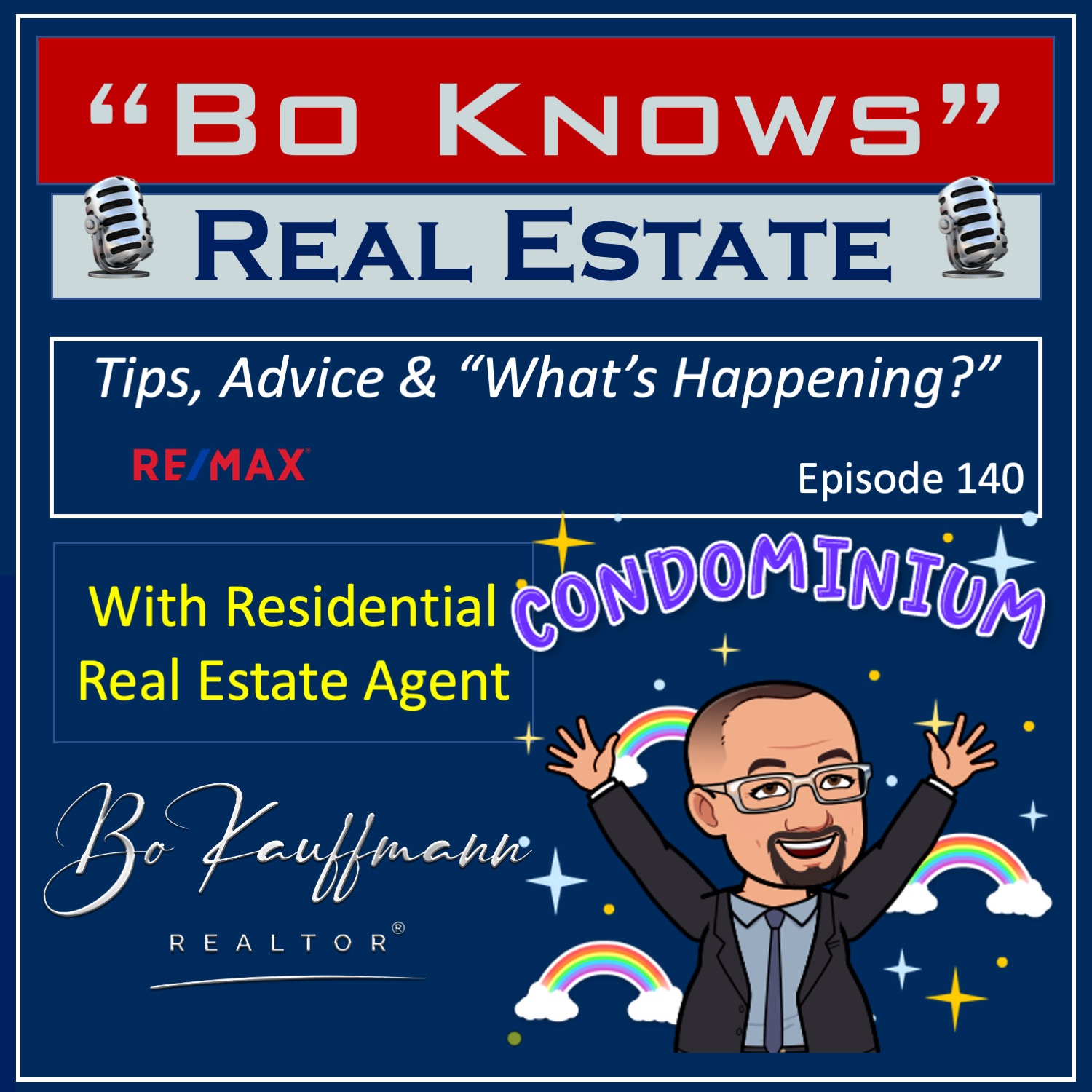 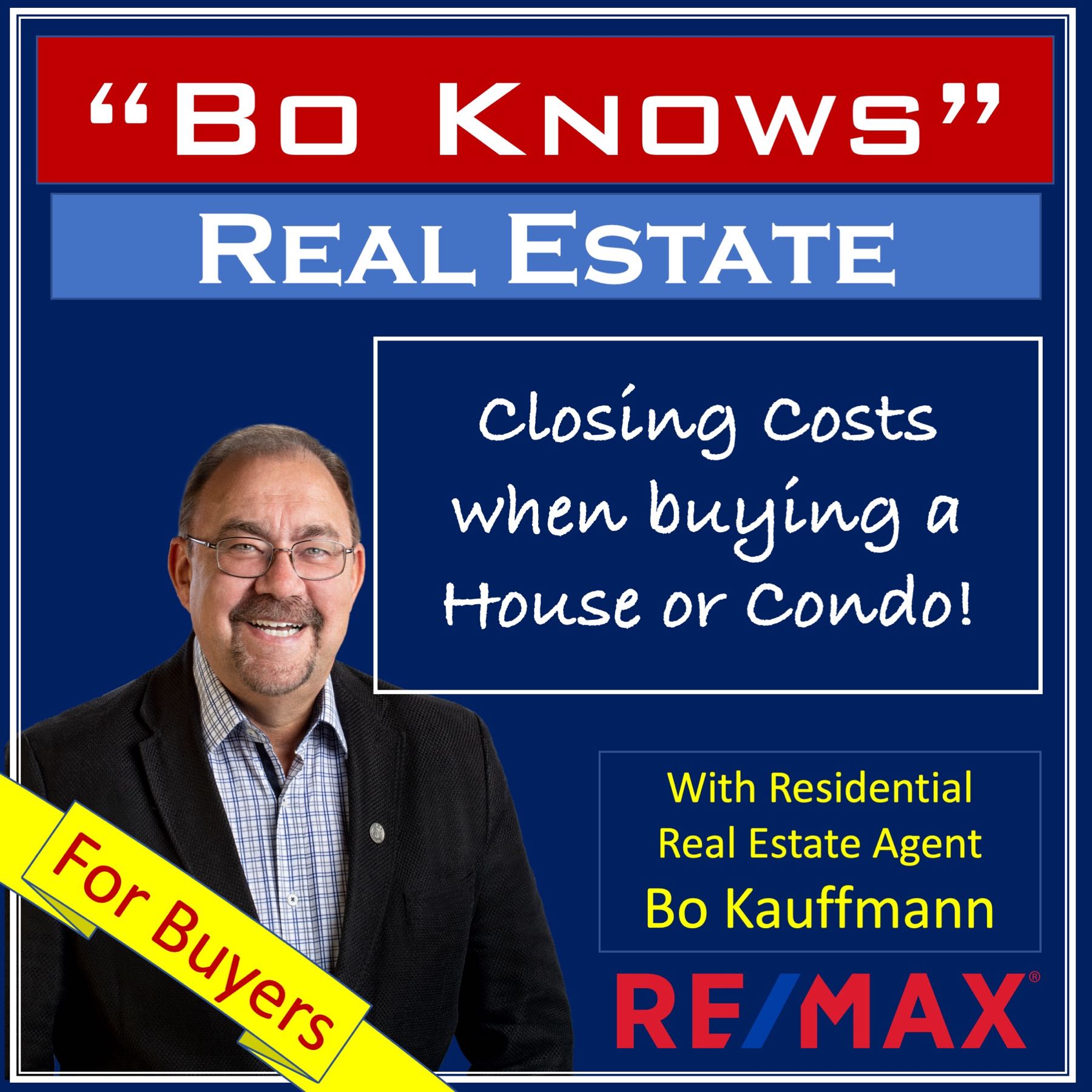 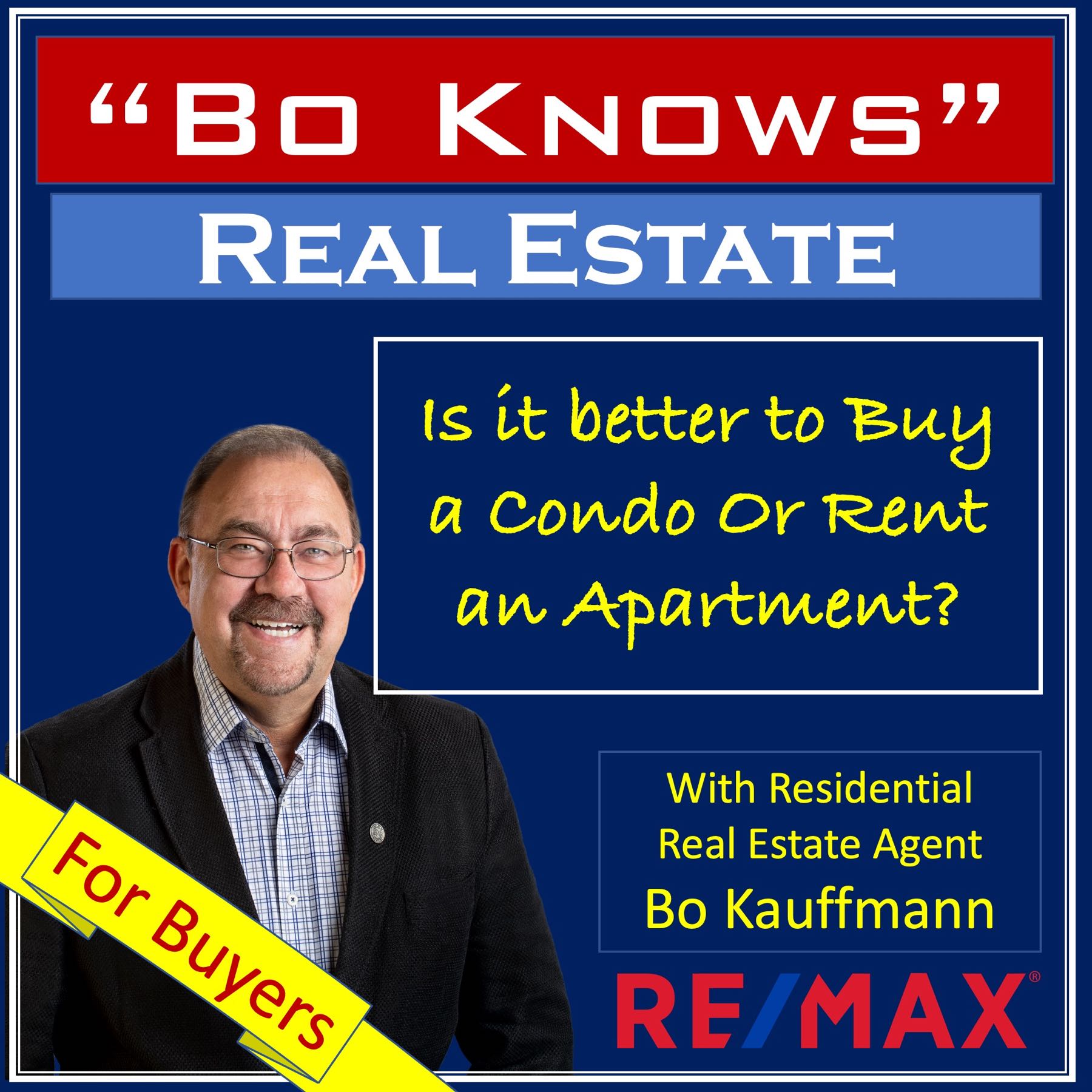 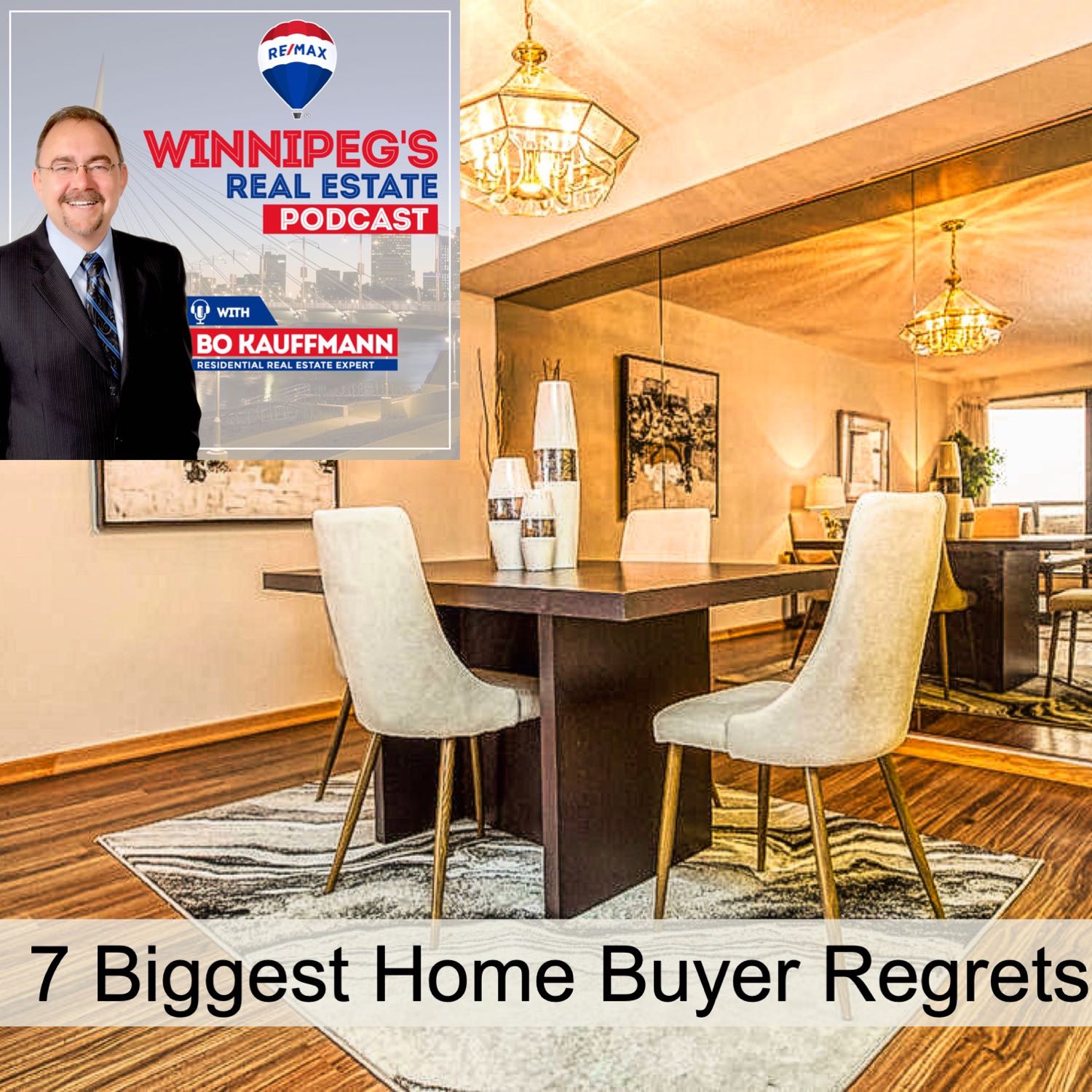